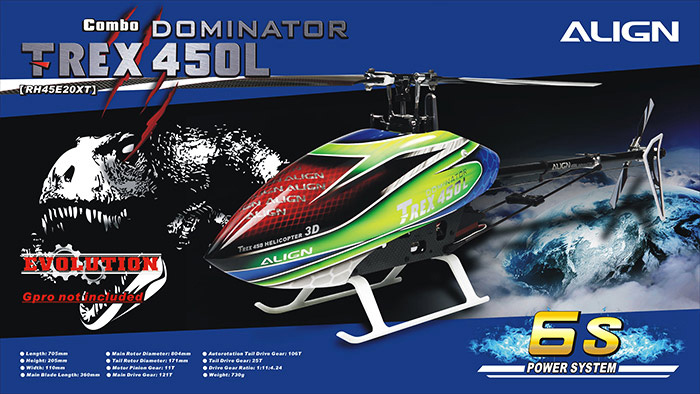 Special Thanks to Colin Bell! 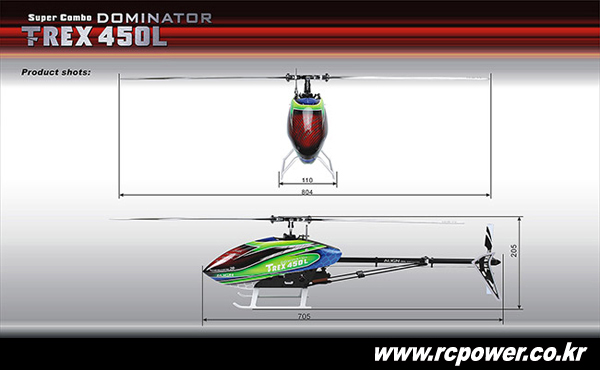 The internationally popular T-Rex 450 has long been a trend setting helicopter, every enthusiasts probably has owned at least one.

It is the ideal model for beginners as well as experts practicing advanced maneuvers. Now the T-Rex 450 evolution continues, as Align drops another shocker into the market; with even more innovative designed incorporated, the brand new T-Rex 450L Dominator.

In addition, the T-Rex 450L cleverly expands on the core concepts of T-Rex 450 Pro designs, to carry on the heritage of its mature design of excellence.

As a totem to the 850MX Dominator motor, The 460MX shares the same extraordinary pedigree. Brand new DS430M servos controls the swashplate, with feature such as improved torque and speed, along with double bearing support, resulting in minimal deadband and better longevity.

The T-Rex 450L Dominator is a model not to be missed!